That's right. Quadrillion. Over one-and-a-half times that. That is the notional amount of derivatives, as denominated in US dollars. As reported by the Bank of International Settlements this March. It's on page 108 of this pdf.

And Karl Denninger has figured out how the notional amount held by any financial institution becomes its realized losses. Let's hear what Mr. Denninger has to say:

As with the phony reinsurance contracts that AIG and other insurers wrote for decades, when AIG wrote hundreds of billions of dollars in CDS contracts, neither AIG nor the counterparties believed that the CDS would ever be paid. Indeed, one source with personal knowledge of the matter suggests that there may be emails and actual side letters between AIG and its counterparties that could prove conclusively that AIG never intended to pay out on any of its CDS contracts.

The lions share of those are not "CDS" on individual names or CDOs like what is going on here with AIG. They are instead interest-rate and/or FX products of one sort or another; $458 trillion worth. [Ed-M: Now 1.406 Quadrillion dollars.]

If even a couple of percent of those swaps are in fact "private lettered" out in the fashion that AIG is alleged to have done with their CDS.....

(Hint: This is how "notional" amounts end up becoming realized losses!)

Our Congress had better dig into this hornets nest right damn now because if in fact there is any material amount of this crap going on in the OTC derivative market the $170+ billion blown on AIG trying to cover it up will be a mosquito on an elephant's ass in comparison to what's about to happen to the world's economy and banking system.

If, in fact, it cannot be proved that this is not the case, given the extraordinary lengths that both government and private parties have gone to in order to cover up that IRA alleges AIG was actually up to, we must ring-fence and cut off any part of the financial system impacted by a potential detonation of that market right now, including the US Federal Government, as such a detonation will, if it occurs, destroy any part of the financial system it infests at the time the unwind occurs.

Actually, it will literally destroy the whole entire global economy, for it is now greater than the combined value of all paper wealth and all things (including living things) on Earth. Unless we can get this Beast to unwind without exploding. 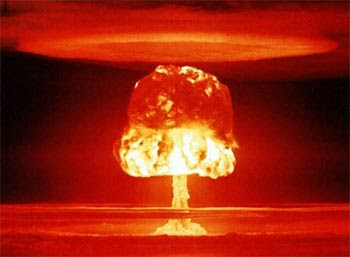 And Pres. Barack Obama will be at the receiving end of the great fury of the masses (holding torches and pitchforks) as they scream at him, "Now you've done it!"
Posted by Ed-M at 11:53 AM No comments: